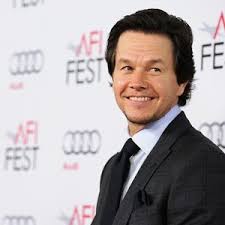 Actor and producer Mark Wahlberg has credited his faith in God for helping him turn his life around and allowing him to become a “better person”
In a recent interview with People Magazine, the 45-year-old “Deepwater Horizon” star reflected on his troubled younger years growing up in Boston, Massachusetts in the 70’s and 80’s. As a teen, Wahlberg struggled with a cocaine addiction and regularly got into trouble with the law.

At just 16 years old, Wahlberg became a Christian after meeting a priest in jail while serving time in prison for robbing a pharmacy, assaulting one man, leaving another one blind in one eye and attacking a security guard. After he was imprisoned and charged with attempted murder, Wahlberg realized he needed to change, consequently turning to God.
“I think the fact that I’ve been able to turn my life around and really make my mom proud and become a better person through focusing on my faith, it always gives me great sense of pride to come home,” Wahlberg told People.

“I know I’ve made a lot of mistakes, but I’ve done a lot to turn my life around,” he said. “And I encourage and challenge people like myself to do the same, but more importantly, I want to encourage young people growing up in that situation first and foremost to avoid the mistakes that I made. There isn’t anything you can’t accomplish by hard work.”
Earlier this year, the actor appeared in an online video in which he identified his Catholic faith as the “anchor that supports everything I do in life” and said he regularly prays for “guidance and strength in my vocation as a husband and as a father.”
During a 2015 interview with Square Mile Magazine, Wahlberg said his faith makes him a “better man”.
“It’s the most important part of my life,” he said. “I pray that I will live up to my intention to be the best husband and father than I can be.”

Wahlberg also credits his faith for his massively successful career, which includes Golden Globe and Oscar nominations: “I never would have been able to change my life and have the success and love that I have in my world today without my faith,” he said.

SNOOP DOGG WINS THE BOBBY JONES GOSPEL AWARD AT THE 2019...