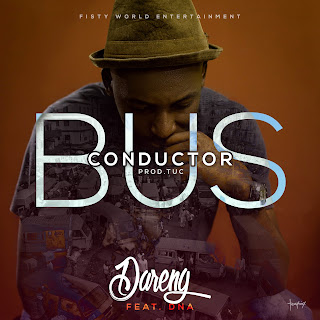 it’s been too long since we heard a new song from “Dareng”. But the good news is, he has gone back to the studio to create new music since his last EP “Depending On You” hit the airwaves in 2014. This has given birth to the new sound like “Bus Conductor”. “Bus Conductor” may seem a little outside the box to his fans but it promises to win hearts and keep you dancing! This song is new in every way: the style, the delivery and the production. It was produced by TUC and mixed by Charles “Fisty” Udeh. Dareng is currently signed to Fisty World Entertainment. This single is a part of his upcoming album, which is due for release next year. just download and listen…………..
DOWNLOAD MP3