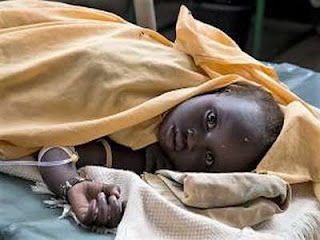 About 18 people are feared dead in Charanchi Local Government Area of Katsina State, while 24 others are currently hospitalised following the outbreak of cholera in the council. The current casualty brings the figure of the dead to 47.

The outbreak, which had recently claimed 29 lives and about 181 cases, were recorded in Funtua, Kusada, Kaita, Ingawa, Katsina and Kankia Local Government Areas of the state.

The recent outbreak, which occurred on Saturday, had caused panic among residents in the affected communities.

Other villages affected by the deadly outbreak in Charanchi Local Government included Malole and Manye where eight persons tested positive and are responding to treatment at the Comprehensive Healthcare Clinic, Charanchi.

The Caretaker Committee Chairman of Charanchi Local Government, Yusuf Abubakar Radda, who confirmed the outbreak to newsmen in a statement in Katsina, Saturday night, however, said the council had procured medication to support the patients.

Radda reaffirmed that the officials of the state Ministry of Health and the State Primary Health Care Development Agency (SPHCDA) were still making efforts to curtail the spread of the disease in the 34 local government areas of the state.

His said: “We have provided drugs to the victims. Those that are in the hospital are responding to treatment. Arrangements are on the pipeline to ensure that those receiving treatment survive. Therefore, I am calling on the state government to come to our rescue.”

He called on the state government under the leadership of Governor Aminu Bello Masari and other relevant authorities to come to the aid of the local government by providing additional vaccines, considering the devastating effect of the disease.

The caretaker committee chairman further admonished residents to embrace personal hygiene in order to avert future occurrence of the incident.

THE CHURCH IN SUDAN FACES PERSECUTION