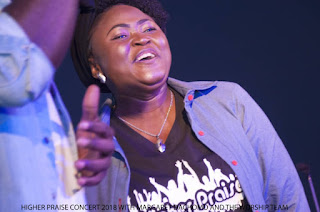 Margaret Dachomo and the worship Team comes with the 2nd edition of HigherPraise,the first edition took place in 2015 and it was a huge a success,
But  Higherpraise 2k18 was a huger(if there is a word like that) success…. Margaret Dachomo keeps stepping up and she keeps setting standards for the plateau state gospel industry with her unique concepts.
HigherPraise  was one of kind, the turn up was a 100%, the sound was a 100% just everything about it was 100%. For those who missed this is a brief review,
HigherPraise 2k18 was anchored by the Williams Shakespeare of our time Victor Words….. He was the Captain of the ship!! 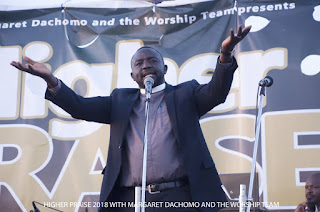 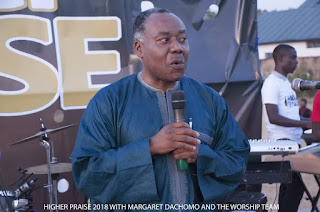 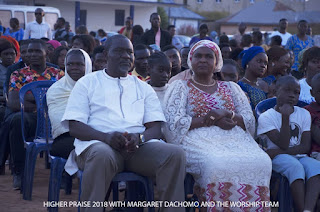 Margaret Dachomo and the Worship Team began by lifting the spirits of her audience with the first song titled HOLY SPIRIT YOU ARE WELCOME. This song set the ground for spiritual war fare!! 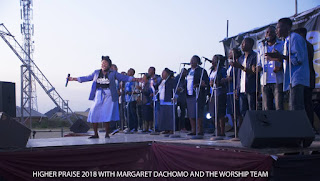 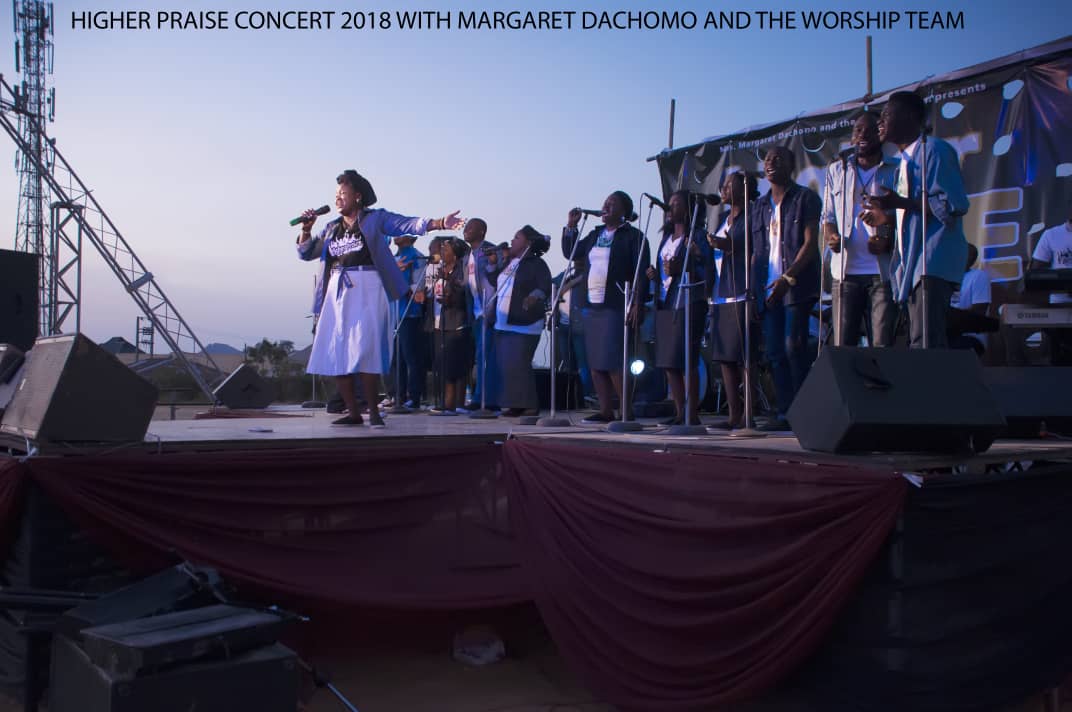 She seconded her performance with One of her popular hits titled YA ALLAH UBA fixing a new groove to the sound and making her audience vibe to the vibe, Biaru Wonder fixed his deep voice and it made a perfect match. 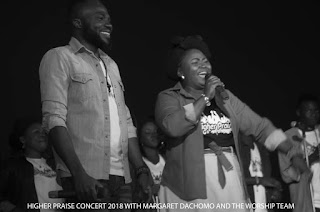 Margaret Dachomo and the Worship team gave the audience a Jamaican standard with the ragae vibe titled I BELIEVE, Dach-mo and Yakubu came to help out on this. Dach-mo fixed his angelic sound on this  and Yakubu took the audience to another level with his patua accent, this made the crowd go wild!! 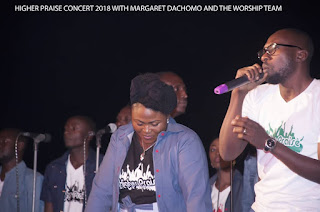 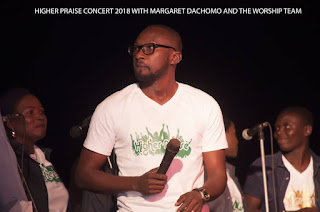 WAKE DA KAUNAR YESU?! (WHO LOVE’S LIKE GOD?) Margaret Dachomo and the Worship Team gave us the old school vibe on this. It was just so cool and the instrumentalist literally killed the interlude on this.

It was now time for the word, Jugu(founder & pioneer of Higher Call) ushered us into this session with a heart warming worship session, Reverend Sagai took the stage and gave us the powerful message which is in fact one of the shortest messages I have heard in a while. 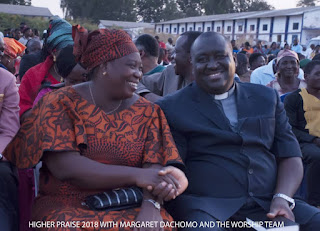 After the word Margret Dachomo and the worship Team called on Darim and the spirit took over with the sound titled TAKING OVER, this song carried the audience to another realm.
The CHAIN IS BROKEN was a banger this made us celebrate the freedom from bondage of the devil. Margaret Dachomo moved along with her audience. This made us Dance Along to been free from sin. 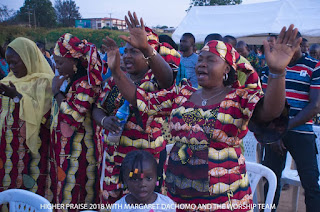 This was the talk of the town!! MUNA TAFIYA ZUWA SAMA(AM ON MY WAY TO HEAVEN) , this made everybody showcased his moves. As it was harmonized properly and the instrumentalist gave us a reason to shake our legs. 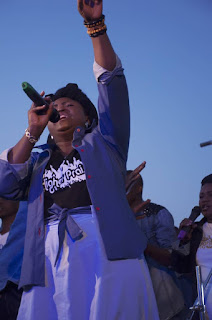 The song titled HOSSANA closed the floor, Victor words ushered in this song with a poetic sound like never before, this song made everyone wish the concert could restart as flash lights waved throughthick darkness, this actually made me feel I was in a Grammy awards night
As time passed, numbers went down but this is an event not to forget and if you missed am sure this has given you an idea of what HigherPraise 2k18 was.
HigherPraise 2k18 was all about Christ
I received my healing
And I hope it becomes a yearly tradition 😀 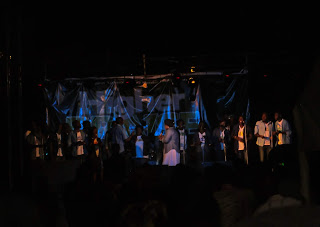