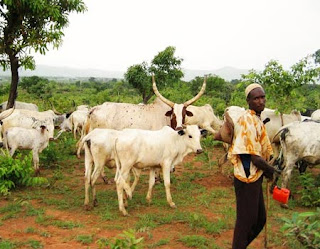 No fewer than 20 people were killed and 10 others injured, on Friday, in an attack by gunmen suspected to be Fulani herdsmen in Ancha Village in Miango, Bassa Local Government Area of Plateau State.
The state, especially Jos the capital and neighboring local government areas, had enjoyed relative peace before it was ruptured by the attack.
It was gathered that prior to the latest attack, there had been a dispute in the area between the natives and the Fulani residing in the community which led to the death of a Fulani boy.
Investigations into the boy’s death was said to be ongoing when the suspected Fulani gunmen attacked nearby Ancha village in what look like a reprisal.
The gunmen reportedly invaded the village at about 1.00 a.m. when most of the inhabitants of the village had gone to bed.
The attack, which was said to be random, left 20 people dead and 10 others, mostly women, injured.
A source stated that the attack lasted for about an hour without any resistance from the natives and security men before the gunmen disappeared through nearby hills.
The injured are said to be receiving treatment in a hospital in Miango.
The president of an indigenous group, Irikwe Development Association, Sunday Abdul, who confirmed that 20 people were killed in the midnight attack, said the development was a shock to the people of the community.
According to him, before the attack, the natives had condemned the killing of the Fulani boy and arrested some suspects.
“Last week a Fulani boy was killed in what looked like cult attack. The Irikwe community strongly condemned the attack and some of the suspected culprits were arrested. This was followed by a reconciliatory meeting with security operatives involving the Fulani and the natives. Every representative in attendance promised to go back and promote peace.
“But to our greatest surprise, a group of Fulani men swooped on Ancha village and killed 20 people. This is too much. If this attack was a reprisal, do you kill 20 for one? It was a shock,” he said.
When contacted, the state Police Public Relations Officer, ASP Terma Tyopev, simply said, “I am at the scene of the incident. I will get back to you when I am through.”