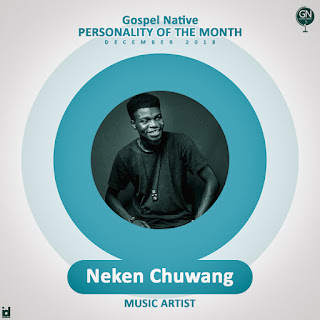 On our first edition of personality of the month we will be featuring Neken Chuwang.
NEKEN CHUWANG unfortunately has no stage name, He is a jos based artist, born on the 4th of October. He Is an elder brother and a graduate from the prestigious university of Jos and he is fortunately a preacher kid (PK) .  It has been all about music from a tender age.
Neken Chuwang has been in the spotlight since 2015 with the release of his first single titled MAFENG (Thankyou), since then he has continued to give his fans a reason to be grateful for life. Neken Chuwang is indeed a blessing to this generation. He believes in Gods unending love for mankind and also man should be grateful for every step that is taken in life. This perception is the main motive behind Neken Cuwangs first album which dropped mid 2017 titled GRATEFUL which was co-produced by Oluwa Drumma, KayTee and Nemis. 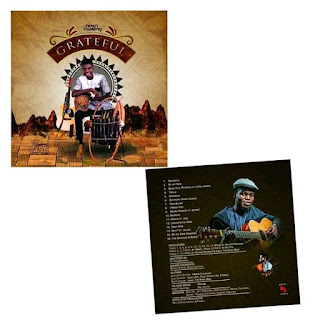 This album has gained prominent acceptance around the country and most importantly in the northern part of Nigeria. He has featured France based artists noed and s.one on his by myside remix which dropped earlier this year. He has continued to be an inspiration to every young individual.
The Jos Gospel Arts and Ministry Awards(JOGAMA)was held on the 23rd of November 2018 and Neken Chuwang stood out with a total of 4 awards, (This guy’s a record holder!) 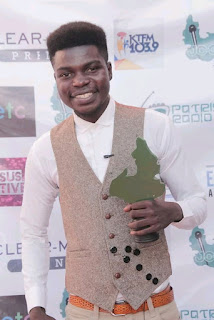 He is a young artist with a lot of potential and he’s ready to give all he’s got to change a soul, let’s pray that he wouldn’t thwart along the line. Click link below to check out Nekens GRATEFUL album on Boomplay music
GRATEFUL ALBUM
Remember, you can change the world in your own little way.
You can Check out Neken CHuwangs handles @ TWITTER, FACEBOOK AND INSTAGRAM as NEKEN CHUWANG

STAY glued to gospelnative.com.ng for our next personality of the month
Enjoy  your December!!