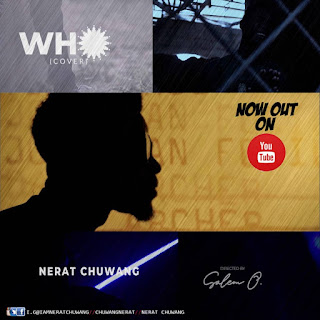 Nerat Chuwang releases his First official video for one of his songs that made 2019 a success titled ‘WHO’ .This video was shot in the city of Jos and was directed by a genius named Salem Ochidi(this one video Director you should watch out for in the Industry) . This video is so captivating as it has wonderful scenery and it fully conveys the message through dance and acting.
The video follows the miserable life of a poor guy living in an unfinished building, he wakes up alone and hungry and then takes to the streets to seek aid from passers-by who in turn humiliate him by turning him away and even pour water and food remnants on him. But things turned out well in the end for him as he was helped by a good Samaritan in the form of Nerat who gives him an envelope with some money. The poor guy then shows his gratitude by Lying down on the ground and thanking his helper and then runs away.
Trust me, videos don’t come better than this.
You can watch the WHO below Enjoy! :